Googles latest revolution is in fixing the broken PC

*Completely new model of computing* is how Google have hailed their new laptop – with users never needing to install firewalls, or antivirus software, updates or to even make backups.

They have thrown down the gauntlet to Microsoft and Apple saying they have come up with the solution to fix the world of computers they refer to as *broken*.

Their range of web-centric PC’s being made by both Acer and Samsung have been dubbed *Chrome Books* was announce overnight at Google’s I/O event.

Bootable in just seconds, these computers will be available in the US and throughout Europe next month, with Samsung confirming that their model will be released in Australia in the second half of the year, and Acer would be releasing theirs slightly later, around August.

The release of the Chrome operating system marked Google’s latest attempt to change how people view and use their computers, and some say that this could pose a real threat to the dominance of Microsoft’s Windows platform.

Basically the Chrome operating system is a web browser that point’s users to applications such as spreadsheets and email directly to the web, rather than storing software like Word or Outlook directly on your PC

If you move day to day functions to the internet, it saves time and money – no having to back up files, run antivirus checks, and install updates and  other various software.

Caesar Sengupta  – Google’s director of product management for Chrome,  has told Fairfax Media in a phone interview that Chrome was designed specifically for laptops, whereas its Android platform was focused on smart phones and tablets.

“The world of computers today, in many ways, is broken,” he said.

“Users have to manage their computers, they have to deal with updates, and they have to worry about viruses and security. This is something that we feel can be made much, much better.”

When using Chrome all your data, apps and settings would be stored in an *online cloud*, so, whenever you change to a new Chrome computer you have access to all your games, apps, movies, music documents and photos  – you’d just pull them down immediately and not have to transfer everything to a new computer.

Just as with Apple and its Mac App Store Google has also launched the Chrome Web Store That allows its users to find and access apps that can be launched through the browser as normal.

All the apps you’ve installed, all the shortcuts you’ve placed, all your settings and places where you have stored your apps all get saved to the cloud.

The days of running system updates will be a thing of the past, Chrome based PC’s are constantly being updated in the background by Google.

Some have said that the model of computing used by Microsoft was outdated, with more than 50 per cent of business’s still running on Windows XP which was released a decade ago. If you try to put a time in the lifecycle of IT – Ten years would equal a century and  that model of computing – back then – was fine, but so much has changed since.

Apps put into a “kind of a jail”

Windows based machines when they open an application open it into a *Sand box* a standalone box, which means they don’t actually have access to the rest of the persons PC, so, if they crash, they don’t bring anything else down with them

Mr Sebgupta said “Modern browsers like Chrome actually put all applications into a kind of a jail … these are barricades that we erect around each of the applications to keep them away from each other. When you close your tab the application goes away; it can’t leave viruses on your system,”.

Using a strange child-rearing metaphor to sum up the benefits of Google’s Chrome computers. Mr Sebgupta put it this way

Google has taken advantage of the trend amongst most people these days that own and use many devices and would love and value being able to access and share their content across devices. This trend will certainly threaten the revenue garnered by Microsoft – from their Office and Windows products.

Samsung and Acer the first with Chromebooks

Both models will have keyboards but no hard drives and will pretty much be more like computer terminals – depending on your internet connection, rather than more traditional laptops.

They will come with slots where you can plug in other storage devices that you can buy separately. Coming with 16 gigabytes of flash memory – much like that found in tablet computers, some ipods and in smart phones,

Google is offering a three year subscription plan as a way of getting people to use Chromebooks. The plans are available to schools and businesses in the US and run along the same lines as with mobile phones. Google subsidises the cost up front, which you then pay back over the life of the contract

For a cost of $US28  per month per user in businesses and government agencies and $US20 per user in schools, Google provides the laptop, tech support and a warranty for the duration. Google will  then replace the Chromebook at the end of the three years.

May be some time before mass market adoption

*While Goggles new Chromebook is innovative it might take some time before there is mainstream adaption*  said Michael Garternberg, PC analyst at Gartner.

“While Google is moving the computing paradigm forward, it’s not clear that consumers will trade the functionality of a laptop (or tablet) for a device that looks like a laptop, has the cost of a laptop but can only run a web browser and web based applications,” he said.

“It will take a lot of effort on the part of Google to evangelise the consumer on this model of computing as well as some significant cost reductions before we see mass market adoption.”

While some applications would work off line with the Chrome Operating System its clear most of the time you would need an internet connection to access your files and information. Some students might find this attractive, but the business worlds will take some convincing, we doubt many would be willing to take risks, and will probably stick with Windows. It is a step forward in the world of computing but Google will need to do some more work on the actual user interface

At its I/O event, Google also announced that its Chrome web browser, which is a separate product to the Chrome OS and is designed to run on existing platforms such as Windows and Mac OS, has jumped from 70 million to 160 million active users over the past year. 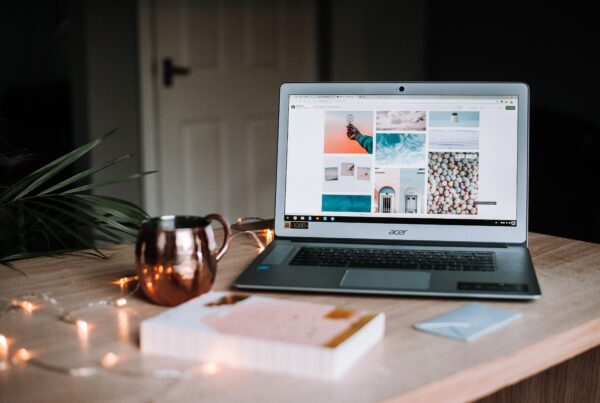